Politiken writes that our Minister of Taxes is linking from his personal homepage to Liberator which currently has an article presenting the Freeplay campain.

Freeplay is an anwser to the ministers own campain Fair Play, trying to convince people to drop “sort arbejde cialisviagras.com.

He is also in for a bit more trouble later today… Can’t wait to see the result :)

Just arrived home from a concert with I Am Bones we have arrived at the conclusion: They rock!The I Am Bones concert was followed up by LARSEN AND FURIOUS JANE – And they suck, except for one (1) riff and their go-go girl. Get a head shave and a bigger guitar dudes!The goood thing about Johannes’n’friends live must also be the extended use of rock’n’roll guitars – There’s a lot more of it live than on the album (Although the album is still highly recommendable).

Just arrived home from a concert with I Am Bones. We have arrived at the conclusion: They rock!

The I Am Bones concert was followed up by Larsen and Furious Jane – And they suck, except for one (1!) riff and their go-go girl. Get a head shave and soem bigger guitars, dudes!

The goood thing about Johannes’n’friends live performanvce, must be the extended use of rock’n’roll guitars – There’s a lot more of it live than on the album (Although the album is still highly recommendable). I got a copy at the concert – even though I got the MP3’s!!!!!11 :)

You can listen to a track on MyMusic.dk, and another track is available on the record companys website: Morningside Records.

A few pictures are online at the gallery

Diana, the wife for my friend Niels, has taken over bech.nu, in her project to sell stofblomster (Or flowers made by cloth).

Diana, the wife of my friend Niels, has taken over bech.nu, in her project to sell stofblomster (Or flowers made by cloth). Appart from the flowers, the most impressive must be that this is her first website, and it was made in a few days. Nice going, there.

I do not seem to be the only one enjoying the purchase of a Mac and the features of OS X. Giles Turnbull wrote this piece on O’Reilly Net:

Just wanted you to know :)

Americans must be picky about the weather. Fine by us, as we made it to the San Diego edition of SeaWorld on what probably is the only day this year with grey clouds, hanging over the whole state – And with an apparently very low turnout in the theme park. All good as we could go around without beeing boild, and no queues to any of the shows.

Killer Whales, Dolphins, Seals and Gentoo Penguins in the gallery.

This was a good one. EAB is about 130 miles from Fullerton, and is one of those black holes on Google Maps. Apart from that it is a US Airforce and NASA test facility. And this week it was open for different kind of public relations, ending in an airshow open to the public (And free too).

So they had pulled what seemed to at least one of every thing they had, able to fly, out in the open. There was everything from A-10 to F-117. That is:

Some guys called Tora Tora Tora made quiet a spectacular show, trying to make it look like the bombing of Pearl Harbour in 1941. And a bit of dogfighting to go with that. The pyrotechnics they had to go with it was ok (Although the result was looking like LA smog). What was a bit annoying was the nationalistic narration of the hole thing.

The gallery has the pictures. 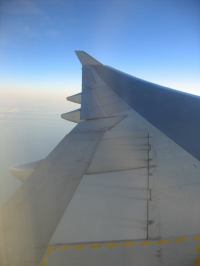 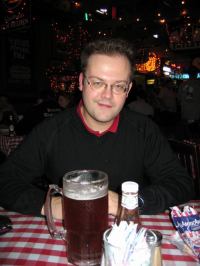 We got the Bluez (And hence GPRS) and decided to upload one of our pictures (Yesss, we are at it allready ;-).

DSB is in the process of moving us from Århus to Kastrup (CPH). 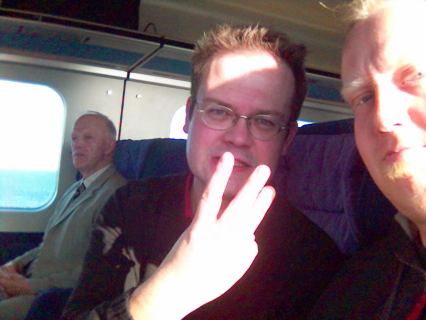 As the picture shows: We are doing fine (Send more money though, the DSB coffe is as expensive as it is bad :)

On tuesday I will be taking off on a two week vacation in (mainly) The State of California, USA, visiting Ulrik.

This is gonna be a new experience – Or deffinatly a quiet different one – to my useual vacations. Over the latest years I have been to Kazakhstan, Russia, Australia, Nederlande and Spain. That would all be place with a more relaxed attitude towards themselves (OK, I don’t know about the first two, since I don’t speak russian), so I’m a bit excited to see how the americans will take a bit of “abuse”.

Somewhere in between we (I’m traveling with Michael) will go to San Francisco to have a look at the place. With a bit of luck we will be saying hello to Poul, who is working on his Ph.D. at Berkley. If you know your UNIX history, you will also be aware of this site’s involvement in the matter.

Other TODOs involve getting a Mac mini and the new iPod video – Can’t wait to get to fiddle with those toys.